7. Re-compositon: flexibility for multi-purpose use

Posted on February 17, 2016 by Niki under Uncategorized
Leave a comment

In number 5 of my explanations, I demonstrated one example of the inherent flexibility of these images, by showing one of my ‘standard’ composite portraits simply re-arranged to fitÂ a horizontal format of the same size. If you look back, you can see thatÂ both versionsÂ contained theÂ same plant parts and that all the parts were shownÂ at the same scale.

Another possibility is to select just some of the partsÂ and used them toÂ constructÂ a smaller sizedÂ plate. Fewer parts within an illustrationÂ mean thatÂ parts can be depicted at a larger scale, and an illustration of the plant may intentionally only need to show a few aspects of the plant in question for the purpose of illustrating an article or flora.

SinceÂ each part can be readily and independentlyÂ moved and/or scaled up or down, the plate can be pretty much endlessly re-composed. In this way numerous alternative layouts are easily possible without resorting to further study of the plant. Illustrations can be created to fit different page sizes or toÂ create illustrations which require a different emphasis or captioning, such as might be required for submission to differing journals to suit their varying house styles. Equally further photographs of the same plant held in the library of images of plant parts, but which were not already contained within the standard portrait, may added to the composition to achieve a different emphasis and hence use of the illustration. 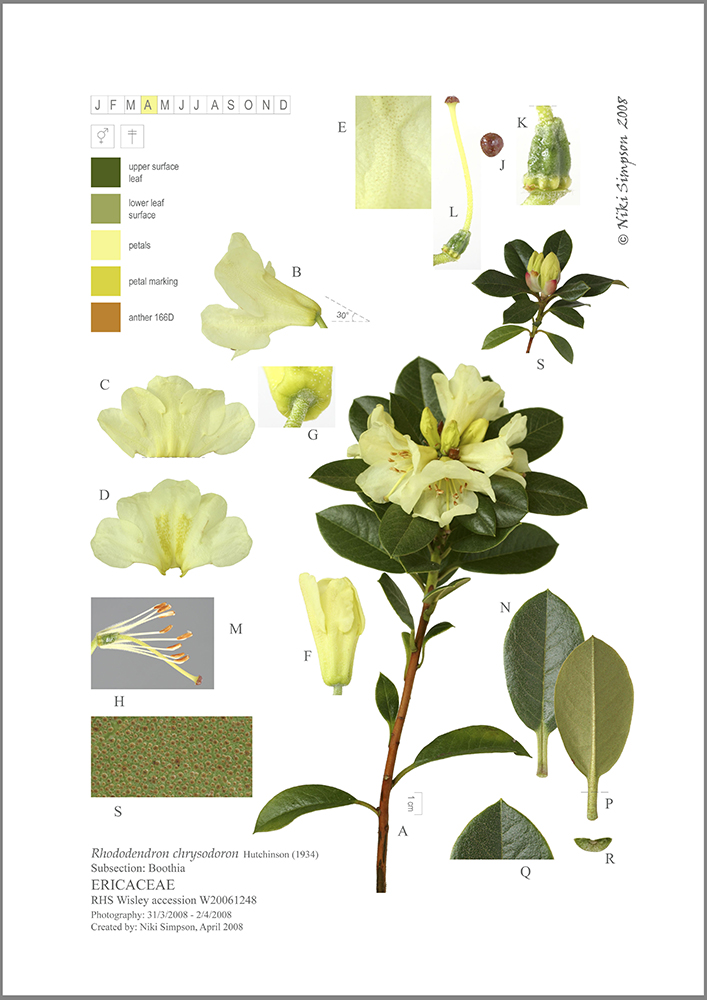 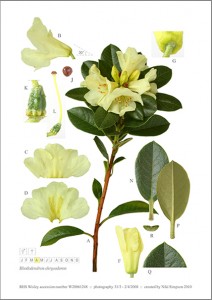 ToÂ show what I mean, I have re-composedÂ my ‘standard’Â composite style illustration of a rhododendron (on the left)Â to a smaller and differently arranged plate on the right – to suit a smaller journal page,Â for example a ‘Curtis’s Botanical Magazine-style’ illustration. The plate size has been reduced,Â the overall rectangle proportion altered slightly,Â certain plant parts have been excluded,Â alterationsÂ have been made toÂ the text components and one part (the flowering branch) has been enlarged relative to the other parts andÂ fill the plate, in orderÂ to suit the journal’sÂ  style.

This is just one example –Â  manyÂ moreÂ combinations and variations areÂ possible!