4. Hidden but not lost – overlap in botanical compositions

Posted on March 16, 2015 by Niki under Uncategorized
Leave a comment 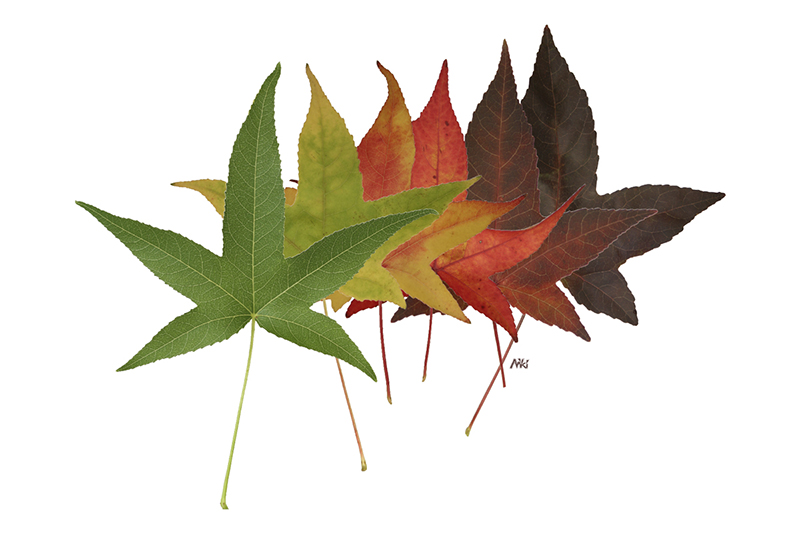 This post is about how I use ‘overlap’ in my own illustrations and how it is one of the advantages of working with this digital technique. And byÂ overlap I mean the overlapping of plant parts when compiling a composite botanical composition. So to be clear, that though related, this is quite distinct from the Stage 3 of the same name, in Anne-Marie Evan’s widely-known botanical painting technique, where ‘overlap’ refers to the shadowing required for painting overlapping pieces within a single part in order to show clearly which pieces of it are in the foreground, middle distance or background.

Botanical artists among you reading this blog, and those used to looking at historical botanical illustrations, will know of course, that the overlapping of component parts within a composite illustration is nothing new. It is a long-standing convention, that has been employed by many botanical artists, and which developed simply as a way of fitting large parts at life-size into a limited page space. So it was generally used for illustrating large plants, often large leaves, so that a leaf (or even part of a leaf) was shown behind the other part/s. In more contemporary work, overlap has been used to create unusual and often striking contemporary compositions – the wonderful paintings by Pandora Sellars spring to mind. 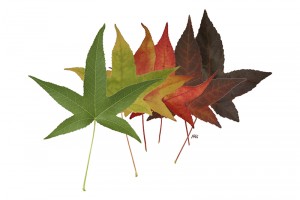 A look at the illustrations in my galleries will show you that in the composition of my botanical illustrations I often show overlapping plant parts, typically the leaf upper and lower surfaces (generally with the upper leaf surface shown in front of the lower one). However, asÂ shown above, I have also used it to show the characteristic transition of leaf colour from later summer green through to autumn colour, prior to leaf fall for deciduous trees. While such colourings are generally characteristic of the taxon, it is not diagnostic. As such there is no botanical requirement to show the entire leaf of each one, as I show the leaf shape, margin and venation in other parts.

This is quite a fun bit of working digitally –Â  as each plant part can be placed in its entirety on its own virtual layer, and so is simply a layer within an arrangement of layers. In the left hand example above, of autumnal liquidambar leaves, the green summer leaf has been placed on the top layer and is the one viewed as in front. The 5 leaves further back are shown as partly obscured by this one in front, but it is a trivial matter to alter the sequence of layers and so reverse the overlap and so bring any of the partially hidden ones to the front. Unlike a painted or drawn version then, where the parts are fixed, the obscured parts may be hidden, but they are not lost, and can always be ‘retrieved’ if needed – either to alter the composition or for botanical study.

In theÂ right handÂ exampleÂ I have reversed the leaf sequence to now show the darkest brown leaf as the one whole leaf at the front. But of course being digital, I can show whichever leaf of the five I choose to be in the front …or even change my mind at a later date!